Mr Cameron said he loved rams with meaty hindquarters, and the top ram had a post weaning weight (PWWT) of 12.8 and a Carcase Plus (CP) Index of 173.2, weighing 145kg. 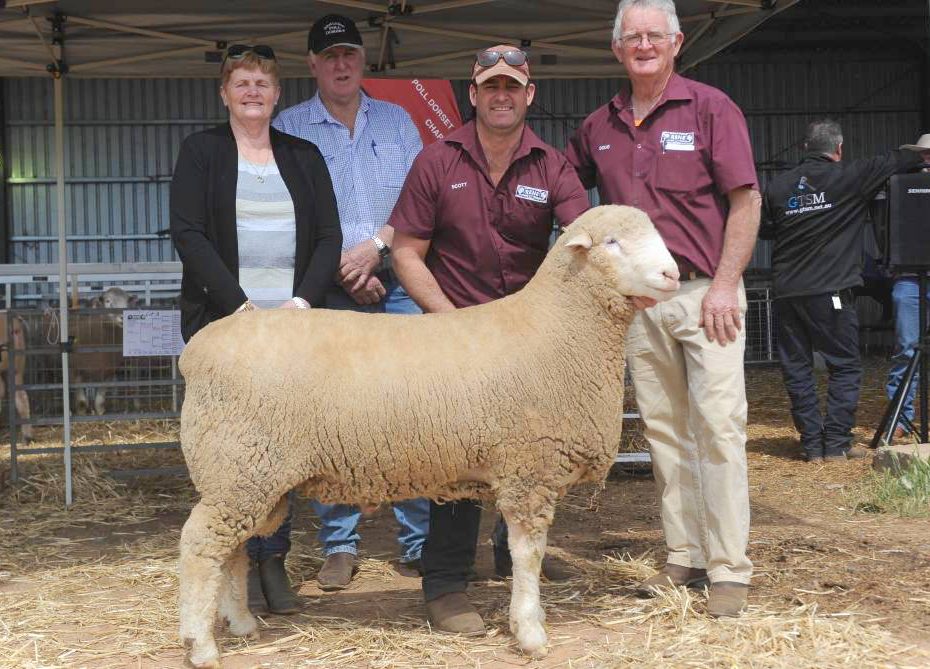 The top White Suffolk ram Rene 935.17 sold to first time buyers, Bryce and Simone Jones, Innesvale White Suffolk stud, Rand, for $4500, who chased him for the depth of hindquarter after seeing him at the recent Henty Field Days.

Mr Jones said the 150kg ram had great numbers to match the shape of the ram.

The sale was conducted by Glasser Total Sales management with Michael Glasser as the auctioneer.