RETURNING to the mat at the NSW State Sheep Show for the first time since 2008 was the Rene White Suffolk stud who took home most successful exhibitor, among a long list of accolades in the White Suffolk judging. 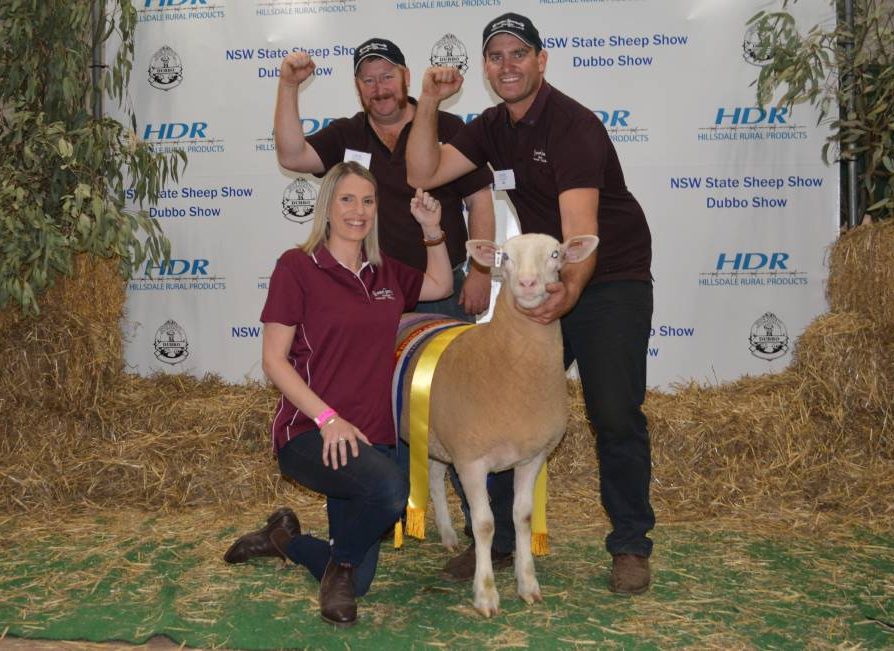 Arewarding decision for the Mitchell family of Culcairn who, not only came away with the most successful award, but defied odds taking out supreme White Suffolk exhibit with their grand champion ewe Rene 27/18 during her debut show judged by Chris Badcock of the Fairbank stud, Tasmania.

Kicking off her show career she was sired by the $8000 Tasmanian ram, Sunnybank 45, they purchased three years ago in Bendigo Elite White Suffolk Show and Sale. 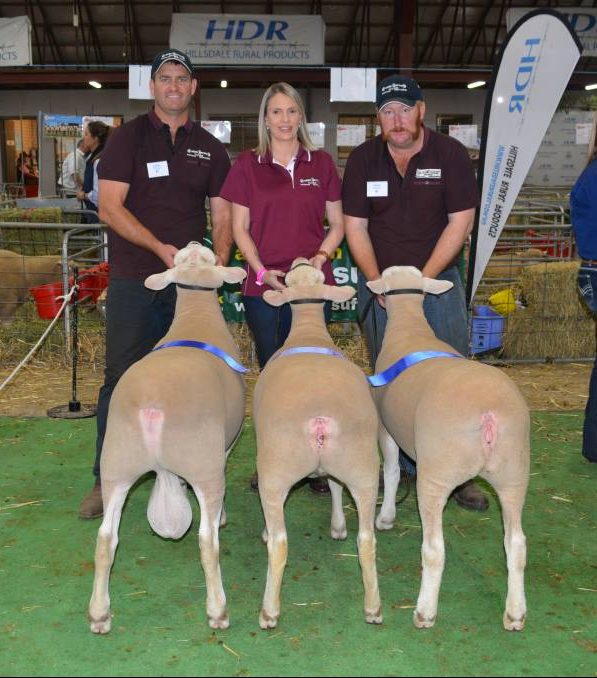 Purchased for his structure and width of loin according to Rene co-principal Scott Mitchell, the Sunnybank 45 sire is stamping his progeny with quality.

“We bought 13 sheep here, and we won every class but one in the rams, getting either first or second in every class we entered in – and they are all by him, but one, so he is really doing a great job for us,” Mr Mitchell said.

“We had previously won supreme in 2007, but haven’t been back since 2008, so we had planned to come up here and have a real crack at the NSW show.”

The supreme winning female will now go on to the Bendigo Sheep Show in July, before she treks over to South Australia for the Royal Adelaide Show in September, and back to Bendigo for the Bendigo Elite White Suffolk Show. 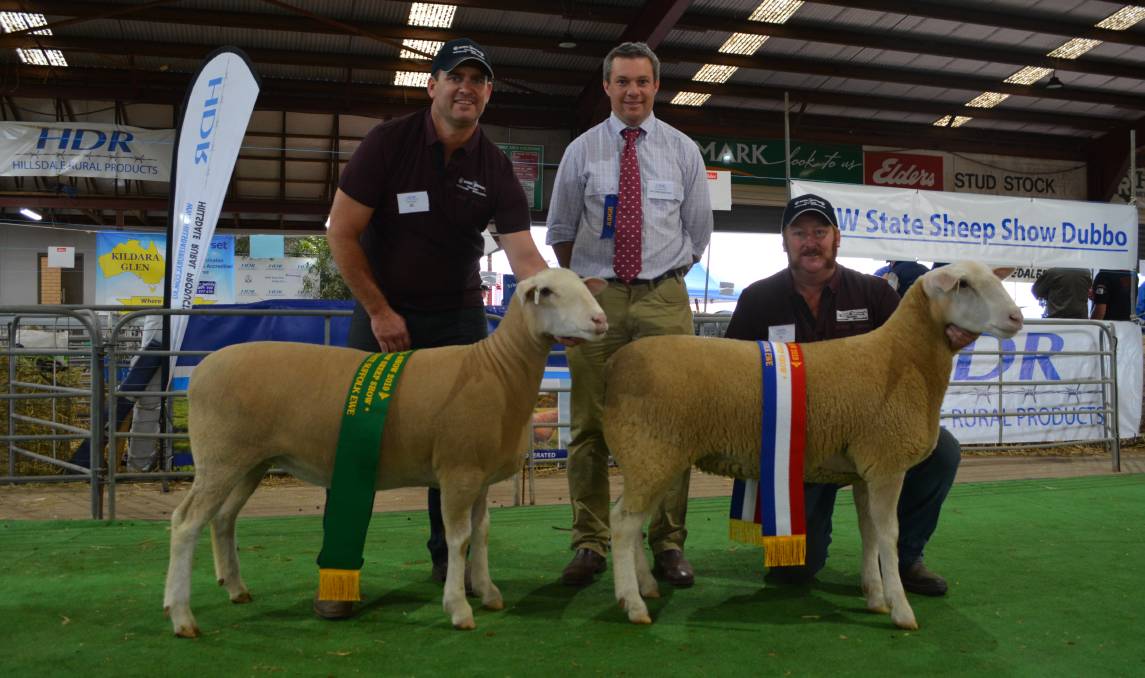 Following that she will go into an ET (embryo transfer program). I already have the sire we will join her to picked out,

“Normally every two or three years we do an ET program, so we are due to do one and I have a reasonably handy team. I want to utilise those ewes as best we can.

“The judge commented today on the supreme ram and ewe, and which will contribute more to the breed, and normally they go for the ram but in this day and age you can do ET and you can get an increased amount of progeny on the ground, from the ewe side, so that is what we will be doing.”

Pairing up with her siblings, the Rene 27/18 ewe was part of the Sunnybank 45 progeny group that proved their consistency by taking out the Keith McIntosh Memorial Shield for the White Suffolk sire’s progeny group class.

They also won the group of one ram and two ewes milk tooth only class, and the best White Suffolk head.