Charollais rams stole the show again at the Mitchell family’s Rene stud flock ram sale at Culcairn on Friday, with the top flock rams selling to $3800 and attracting a lot of competition in the shed and online. 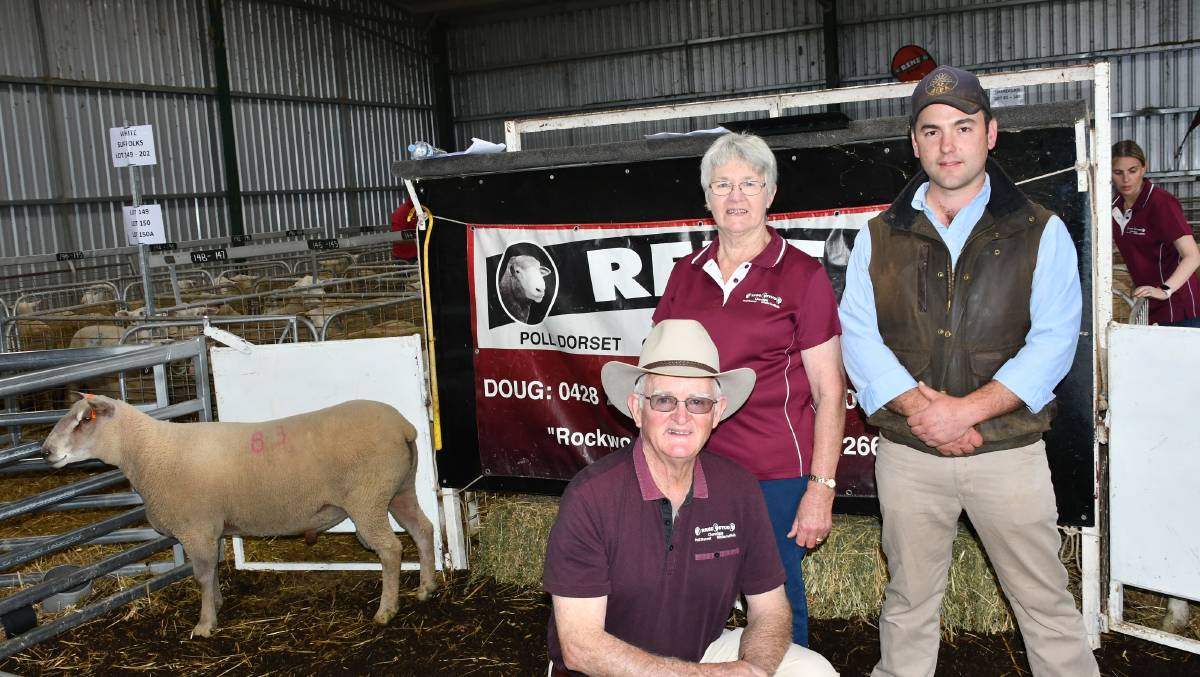 The top ram was bought by Murray Bullen, David Hill Livestock Agents, Wodonga for James Transport, Wodonga for $3800, who also bought another Charollais ram for $2400 and a White Suffolk at $2000.

The ram was a twin, June-drop ram by the sire, H2.17, and had a low a birth weight, strong carcase data and a eye muscle depth figure of +2.3.

It was the volume buyers though that put the floor in the flock market, with Joel and Darcy McCall, Daysdale, who bought seven Poll Dorset rams from the top end of the sale to average $2200.

Joel McCall said they were chasing rams with length and stretch, good structure, a good deep barrel and rams with high weaning rates to go over their 1300 old or cull Merino ewes to produce suckers.

“We run 2500 straight Merinos and 1300 old Merinos and cull Merino ewes that we join to Poll Dorset rams, with an aim to get the suckers off at 50 kilograms live weight,” he said.

Mr McCall said they had sold 75 per cent of their suckers this year already and averaged $240.

Mr Pendergast said they loved the Charollais rams as they had plenty of shape and ability to turn suckers off quickly and early.

“We wanted the higher content percentage rams that were closer to purebreds as we find they performed best,” he said.

Mr Pendergast said his clients had sold Charollais-cross lambs through the saleyards this year to highs of $303 at five to six months of age.

T.F. and M.J. Walsh, Bendigo, Victoria, bought seven Poll Dorset rams and five Charollais rams for a $1267 average and kept the rest of the market on their toes most of the day.